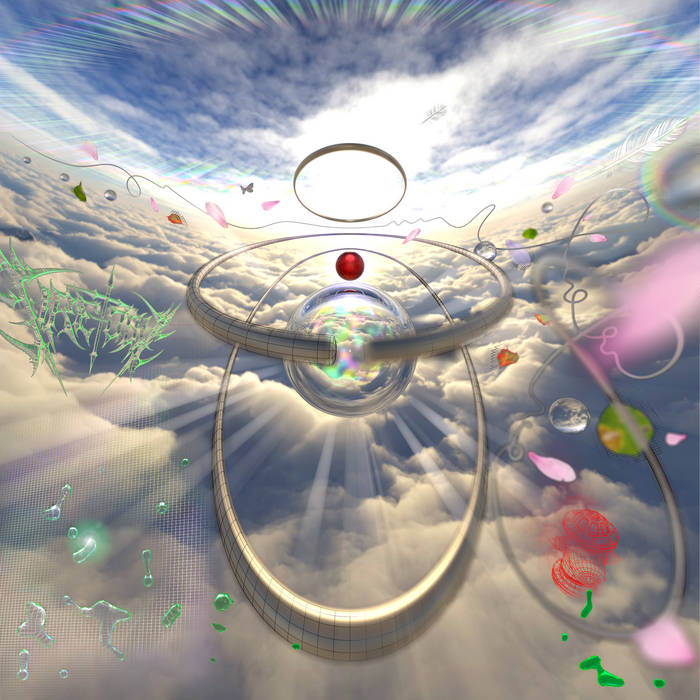 Joseph Murphy I will listen to this song every day from here until eternity. The most beautiful piece of music I've heard all year, easy, it's not even close. This speaks to me on a deep level. Favorite track: Race For Titles feat. Lipsticism.

Angel has always been drawn to the keyboards & synths prevalent in the 80s arena rock & sophistipop ballads she grew up with, as well as the Weather Channel's brand of new age & ambient music that escorted her through her childhood. When she discovered the classic second-wave emo sound in the mid 90s, she would often ponder how well washy & sparkly textures would complement the style & sensibilities of the genre.

"How fucking cool would it be if Mineral's Endserenading was doused in Korg Wavestation & M1 presets with the reverb all the way up? It would take away some of the rawness of it, but at the same time it would really enhance the emotion & dreamy quality that is already there. Mineral should've released a different version of that album with Davol and Enya as guest composers, & maybe Michael Omartian on the production."

Race For Titles is named after a short-lived, virtually unknown Omaha emo band of the same name. Their self-titled record has always been an inspiration to Angel.

Speaking of emotion & dreaminess, Lipsticism delivers absolutely euphoric vocals & poignant lyrics which penetrate the surface levels of the mind to express a burning desire to shine light on who we truly are underneath our titles & accolades. Which, for Angel, touches on the practice & philosophy of Atma Vichara (self-inquiry), made popular by Advaita Vedanta sage Ramana Maharshi (1878-1950). It is a meditative practice with the intention of discovering the essence of our true identity, which ends up not really being an identity at all, but more accurately the "I"-ness or "I Am"-ness that all of us are at our core. The lowercase-s self starts to be seen as a sort of illusion which manifests as the experience of manifestation (& could be said to associate with 'ego'), while the capital-s Self, the "I Am", begins to become clear.

Lipsticism's expertise in ethereal dream pop (& dare I say "chillwave") immaculately integrates with Fire-Toolz's roots in emo guitar stylings, as well as her obsession with early Maxxess, Patrick O' Hearn, & Ray Lynch. Race For Titles is a shoutout to the B-side of Rush's "Time Stand Still" that was never written.

With Angel's & Alana's powers combined, a transcendent rock & post-rock experience we are calling Race For Titles is born! Enjoy!

Music video directed by Til Will & Paz Mallea/PilMawilla Productions (pilmawilla.com)